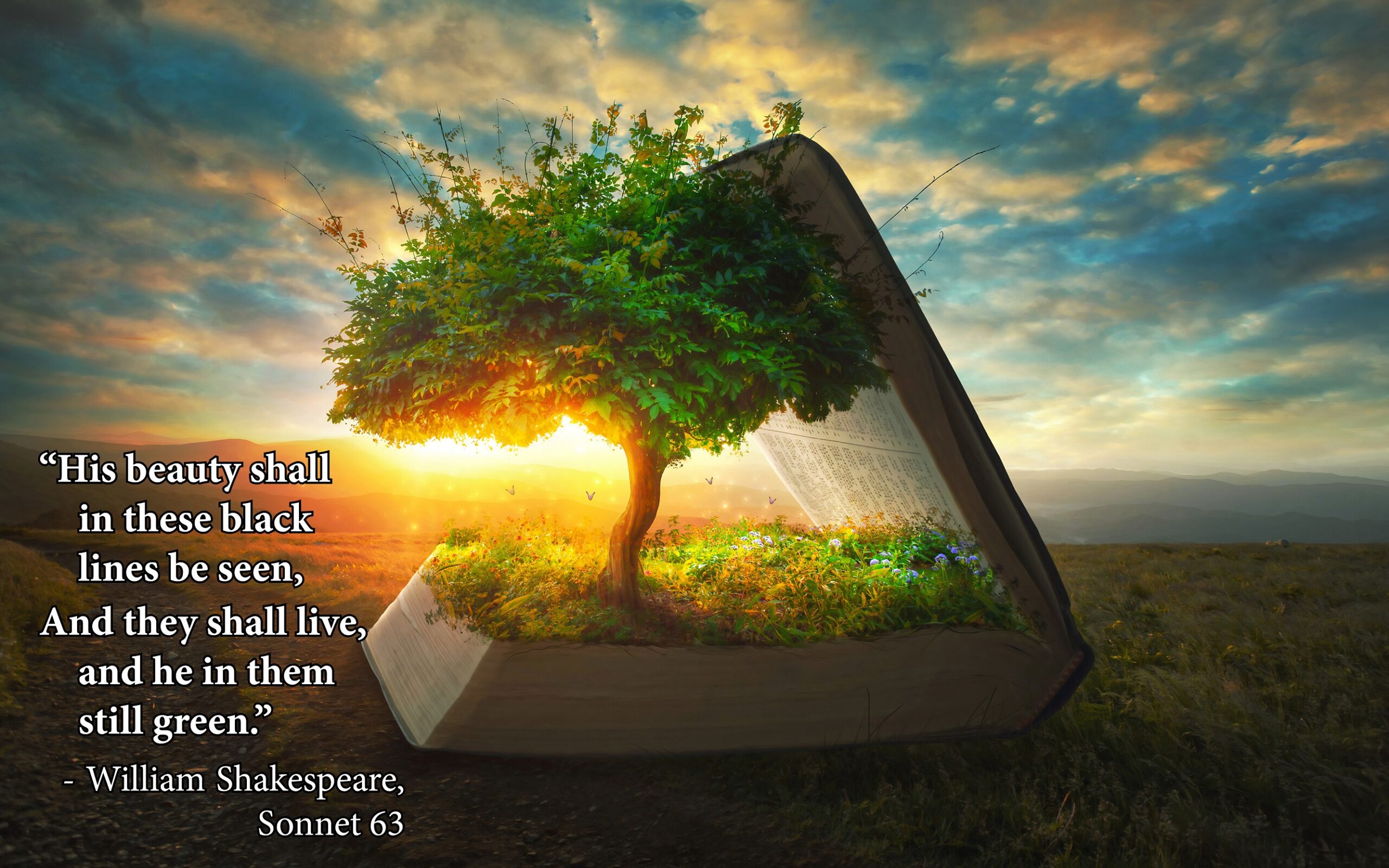 ◊ “No, Time, thou shalt not boast that I do change…” (Sonnet 123) | Message from the Artistic Director

◊ “To make some special instant special blest, by new unfolding…” (Sonnet 52) | A Word From Greg

◊ “Your praise shall still find room even in the eyes of all posterity.” (Sonnet 55) | National Indigenous History Month – A Theatre Lens

◊ “Thou know’st thy estimate: the charter of thy worth.” (Sonnet 87) | Wanted: Bookkeeper

“No, Time, thou shalt not boast that I do change…”

| Message from the Artistic Director

Making theatre right now is surreal. Don’t get me wrong, it’s exciting to be in a room with creators (masked and sanitized and adequately distanced!), to be attending production meetings (sometimes on zoom, sometimes in-person out-doors), to be hiring team members and all of that (sort of) “normal” theatre-making stuff… But it’s also strange and slow and anything-but-normal.

One of the strangest parts being — we don’t really know what we can tell you yet. There are still so many details to work out, so many (evolving) protocols to put in place, so many scenarios to imagine, so many stakeholders with, well, something at stake. We’re not trying to be coy, we’re just still in uncharted waters, as so many of us continue to be.

Here’s what I can tell you:  We’re calling this summer Summer of Sonnets, and we’re working on a small-scale live performance based on (you guessed it) Shakespeare’s sonnets. At least, some of them (there are 154 after all). We’ll perform sometime between July 21 and August 7. We’re also going to be recording some sonnets, creating some new sonnets, doing some workshops… It’s all quite different from our usual Shakespeare-in-the-Park tour and yet, it will still (in some form or another) be Shakespeare, in a park. So, maybe not that different.

I’m sure you have many questions. I wish I could offer more answers. Hopefully soon. One question you may have that I can answer is “Why the sonnets?” Well, Shakespeare often turned to poetry when the theatres closed due to plague, so it feels right to turn to those little thoughtful nuggets now. The sonnets are also often meditations on Time and love and loss and that-which-will-survive-after-we’re-gone, which seems pretty relevant right now. Also, I don’t know about you but I’m feeling somewhat fragile these days, as we all emerge from our isolated cocoons and try to remember how to be with each other again. The sonnets were meant to be private and were not intended (as far as we know) to be performed, and so performing them feels like it embodies that tentative, vulnerable feeling of emerging from one’s private thoughts into a public space. And yet they can also have a playfulness that is so energizing and nourishing… I could go on! But I’ll leave you with one of my favs for now, and hopefully we’ll have more to share soon.

When in disgrace with fortune and men’s eyes
I all alone beweep my outcast state,
And trouble deaf heaven with my bootless cries,
And look upon myself, and curse my fate,
Wishing me like to one more rich in hope,
Featured like him, like him with friends possessed,
Desiring this man’s art, and that man’s scope,
With what I most enjoy contented least;
Yet in these thoughts my self almost despising,
Haply I think on thee, and then my state,
Like to the lark at break of day arising
From sullen earth, sings hymns at heaven’s gate;
For thy sweet love remembered such wealth brings
That then I scorn to change my state with kings.

“To make some special instant special blest, by new unfolding…”

| A Word from Greg

I think there is a profound power in reinvention. In most cases it is a deliberate choice, one that requires a careful examining of a past in order to create something born from it but better. Reinvention is often something I’ve enjoyed doing for myself though at times it’s been the result of an outcome of my life being such a metaphorical crater that my choices were to reinvent or lay in said crater. As I step out of roughly 7 years of Art school education into an artistic world that is restructuring after a global pandemic and  reckoning with its past and future at every level. Uncertainty isn’t necessarily a comforting feeling, but as I begin what I hope to be a fun and fulfilling career it is an honour to already be in on the ground floor to watch the reinvention of the Montréal art scene from within the team of one of Canada’s most celebrated and legendary theatre institutions.

My name is Gregory-Yves Fénélon and I’ll be the assistant in comms for the next while. Happy to be here and see you soon.

“Your praise shall still find room even in the eyes of all posterity.”

June marks National Indigenous History month, and we thought we’d invite our readers to review some of the (web)pages we’ve been reading ourselves, as an exploration of a small part of Indigenous history. It goes without saying that a month is too short a measure of time to properly celebrate any sort of history – but we can hope to listen to, and elevate, at least a small portion of the myriad Indigenous narratives and histories that deserve recognition and attention. With such a caveat, we propose the following resources, focussing a bit more narrowly on Indigenous theatre in Canada, as we think about the always-already complicated topic of Shakespeare’s understanding of indigeneity. (*A note: Terming the Bard’s take on indigeneity “complicated” is, avowedly, a gross understatement, and we should be clear in our recognition and rejection of the contemptible, at times horrendous, politics that arise in Shakespeare’s corpus.)

“Thou know’st thy estimate: the charter of thy worth.”

Repercussion Theatre is seeking a bookkeeper to spend a few hours per month updating the company’s financial records. Experience in the non-profit/charitable sector is an asset. Please note that this is a part-time position.