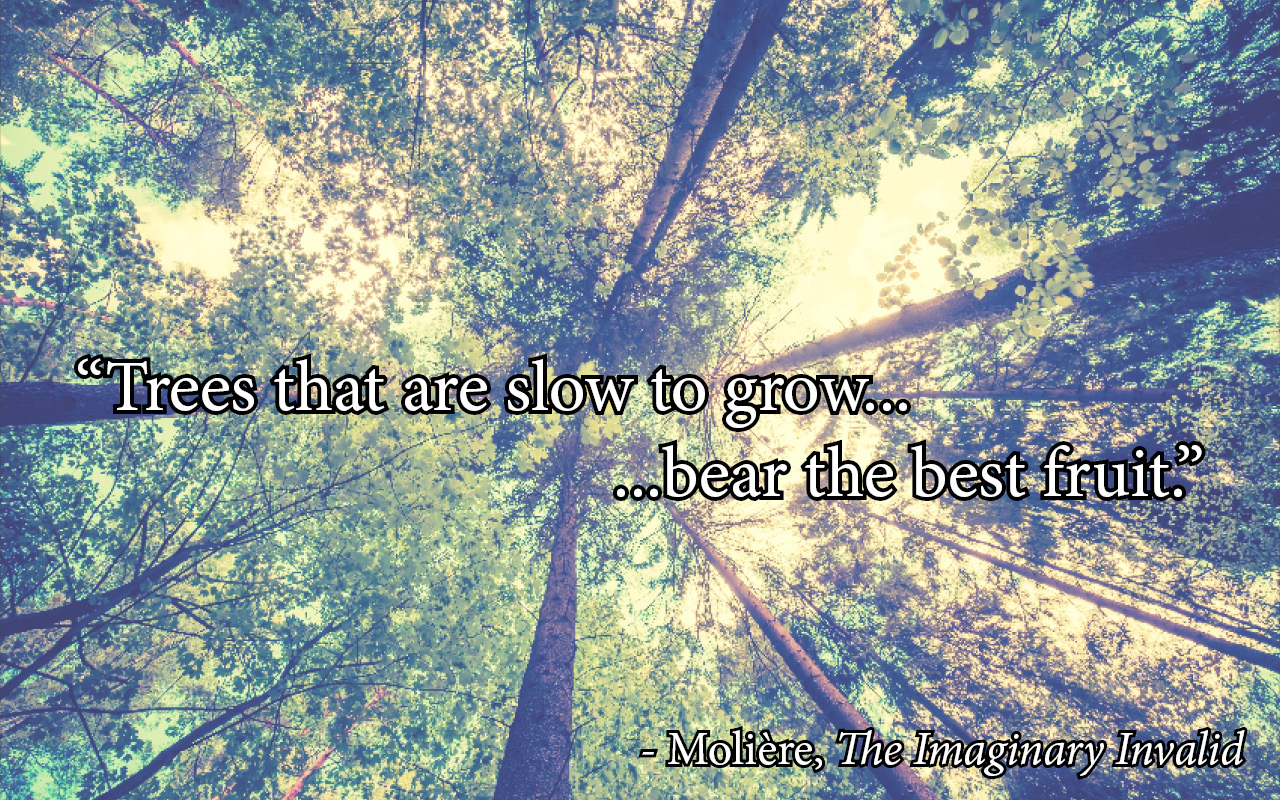 “The duty of comedy is to correct men by amusing them…”

◊ “The absence of the beloved, short though it may last, always lasts too long.” | Midsummer Musings from the AD’s Home Office: Personal reflections on a summer without Shakespeare-in-the-Park

◊ “The greater the obstacle, the more glory in overcoming it.” | Les Fourberies de Scapin the Schemer, a Zoom Misadventure

“Unreasonable haste is the direct road to error.”

* This month’s Duodecimo, full of bons mots from Molière, is rolling out on the 16th rather than the 12th – in homage to our erstwhile opening night, to the Shakespeare-in-the-Park that should have been. We’re marking this day through reflection, some levity, and, ultimately, we’re looking forward to the other projects and continuing theatre work we’re proud to be able to do in these trying times.

“The absence of the beloved, short though it may last, always lasts too long.”

| Midsummer Musings from the AD’s Home Office: Personal reflections on a summer without Shakespeare-in-the-Park

Last week’s heatwave would have coincided with our outdoor rehearsals (“tech week”). Obviously. That has become tradition over the past few years. We’d probably be halfway through our sunscreen and popsicle budget already. This week’s constantly-shifting weather predictions would be right-on-schedule for the start of performances – that too has become par for the course. (These days I check my weather app to know if I should water my garden or not, but when I think about monitoring the radar to plan rehearsals or determine whether to move a performance indoors, I get an immediate knot in my stomach. I definitely do NOT miss that.)

As a company, we’ve shifted our focus to other projects, so my days are actually quite busy… but I have a constant feeling of what-I-should-be-doing-now. My calendar is still full of moments-that-won’t-happen and each day at some point I think: Oh right, today we should be ______ (insert “starting rehearsals”, “moving into the park”, “doing media call”, “holding our first strike rehearsal”, “opening the show” etc.) It’s a disconcerting feeling, as though my body can’t shake the fear that I’m missing an important appointment I forgot to write down.

Even my dog Miley is anxious, like she can tell something is missing. Of course she loves all this time with her people, but she would normally be spending 12-hour days in the park at this stage, re-learning the rhythm of the tour, running through splash pads with actors and crew, and sleeping like a baby every night. Instead, she stares at me regularly as if to say, “so… is this it?”

And of course there is the huge creative loss of not working with colleagues to put on a show. It was too awful to simply cancel and not get to highlight what would have been this year’s team, which is why we decided to put together a video (which you should check out!) That process was a delight, and helped fill a bit of the void. But it was also a reminder of how exhilarating it would have been to work together, and how much fun I think we would have brought to our audiences – which is, of course, the whole point.

You would have loved this summer’s show, really. It was to be a reboot of a production we did in 2007 (the first I ever directed for Repercussion, actually): Molière’s Les Fourberies de Scapin the Schemer – which we would have presented in both French and English. I know, I know. Molière instead of Shakespeare, quelle scandale! But the play is very funny, and our adaptation is/was playful, irreverent, and tried to do what Molière does so well: bite with a grin. The actors are all hilarious and smart (I mean, they are all perfectly bilingual – come on!) and I was so excited to reunite with the design team from the original show (the brilliant James Lavoie and uber-talented Nick Carpenter), to add the terrific Adam Walters to the mix as lighting designer, and to co-direct with the amazing Mariana Tayler… We even had this funny bit at intermission where, as the actors prepare to come out and “pass the hat”, two of the characters (the parents, who else?) pretend the money is being raised to ransom their kids from dire situations… Hmm, that sounds disturbing if you don’t know the play. You would have found it delightful, I promise.  Hélas.

I know I say this as part of my pre-show speech every year, but creating and touring our Shakespeare-in-the-Park shows really is a herculean effort. Everyone works so hard, from the staff to the designers, the production team, the actors, stage managers, and our wonderful volunteers… It’s an amazing amount of energy that I am always so proud to witness and help coordinate. It’s truly magical. And I find it so strange to feel the absence of that energy. It’s not just not there. The absence is palpable, it has a weight to it. (I wonder if you feel it too?) So, part of what we are doing over the course of the year is finding creative ways to hire those artists and theatre-makers whenever we can. Obviously we can only do so much, but whatever we can do, we want to do. Because this is a hard time for everyone (and for theatre folk, “reopening” is still a long way away.)

Look, I don’t want to imply that I sit around feeling sad all day. There’s far too much to do (seriously) and much too much to be grateful for. Plus, everyone is struggling right now in a wide range of ways. And, to be honest, I am finding this slower summer extremely nourishing. But I would be lying if I didn’t share with you the deep, disquieting sadness that exists right now – not just for me, but for so many of us in the performing arts. Those who make our living in the theatre already recognize that we’ve chosen a pretty precarious path; but for all its challenges, it’s how we make our living and, maybe more importantly, it’s how we make sense of the world. And right now, the world doesn’t seem to make a whole lot of sense.

We send our wonderful actors out amongst you to collect your generous freewill donations! (Did I mention that fun video we made?) Of course, if all you have to give us is a smile or a high five, on le prend avec plaisir. But do consider donating if what we do has value to you.

I hope you are finding joy in this time of pause, and that you make some magical memories of Shakespearean proportions this summer. (But, like, maybe leaning more towards A Midsummer Night’s Dream than the Scottish play?)

Stay hydrated, stay safe, be smart, and be kind to each other.

“The greater the obstacle, the more glory in overcoming it.”

This evening should have been Shakespeare-in-the-Park’s opening night, and seen us sharing an evening full of energy and laughter. Instead, we have a cancelled tour, a world rearranged by physical distancing, and a theatre community rethinking everything… So, we invite you all to take a moment, meet the wonderful people who were working on an amazing project, and have a chuckle about why we’re not presenting SITP via Zoom.

Severally, this month’s tips include: the stakes of making theatre in Canada, a heat-wave appropriate dinner recipe, and nonalcoholic libations…

◊ Watch: From the members of the Indigenous Circle at Stratford, “Ndo-Mshkawgaabwimi – We all are standing strong” presents a roundtable discussion of the experiences and resiliency of Indigenous folk working in Canadian theatre.

◊ Eat: A satisfying profusion of green things is available these days, and pesto is great for a quick meal (and is scrumptious even in cold dishes). En plus, it’s never a bad idea to lay away some local produce for the grey months coming down the road (pesto freezes well for later use). Here’s Julie Aubé’s recipe for “Pesto «trois tiers»”, which uses basil, seasonal greens, and  fleurs d’ail.

◊ Drink: Apéro is a lovely foodway to take part in, even if we’re still distancing while partaking, but, sometimes, it’s nice to give our livers a break. Check out the non-alcoholic drinks recipes on the BBC’s Good Food website, which range from mocktails to non-imitation tasty bevs.