Typecasting, gender roles go out the window in open-air production 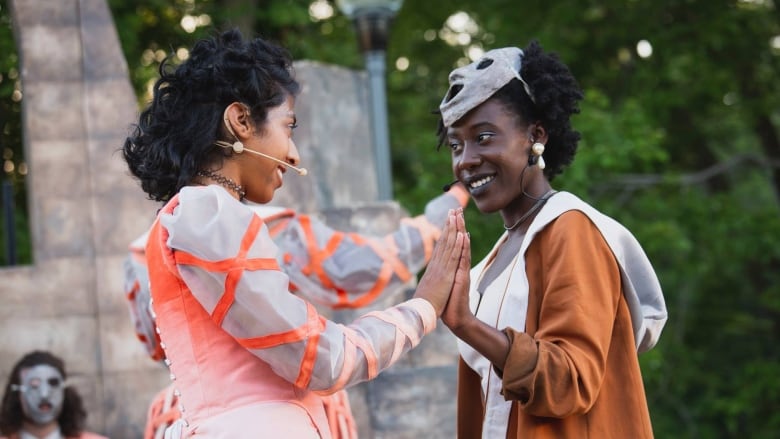 When Shauna Thompson tells people that she’s performing in a summer production of Shakespeare’s Romeo and Juliet, they inevitably ask what role she plays.

Thompson is one-half of the star-crossed pair in Repercussion Theatre’s 30th season show, which it describes as “a contemporary, gender-bent take” on Romeo and Juliet.”It’s nice to explore it through the lens of me being a black woman and not the conventional idea of what a Romeo should be or should look like,” Thompson told CBC’s All in a Weekend.A recent graduate of the National Theatre School, Thompson said the gender-bending approach has opened doors for her that would previously have been closed.”For me, it’s been a nice challenge because, truly, I never thought not only that I would ever play a Romeo, but that I would ever be considered as a Juliet because I’m not typically cast in a lover-type role.” 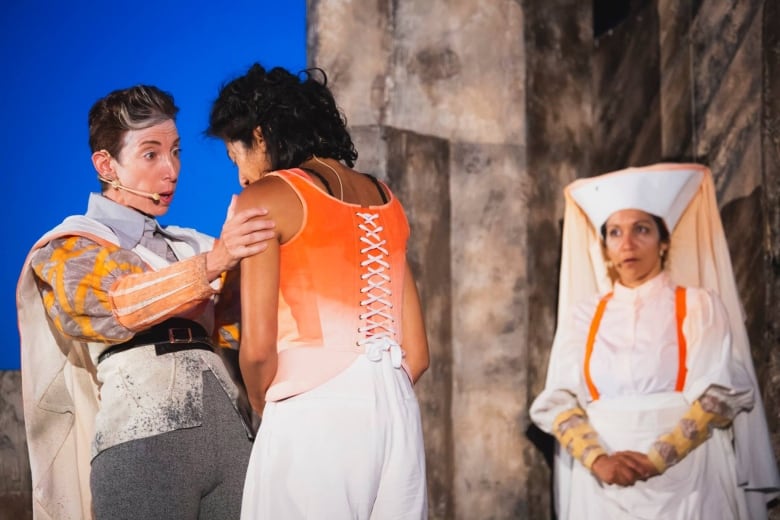 Nadia Verrucci, who plays Capulet, Michelle Rambharose, playing Juliet, and Gitanjali Jain, the nurse. (Studio Baron Photo)Her Juliet is played by Michelle Rambharose, a Guyanese-Canadian performer from Toronto.She said she’s excited to be bringing the updated story to such a wide array of audiences, as Shakespeare in the Park performances take place in parks across the city, and tickets are pay-what-you-can.”For a lot of Montreal citizens, it might be their only theatre experience for the whole year because it’s right there in their backyard, and it travels through the city, and it’s free.”

Rambharose told CBC that while the gender and pronouns of some characters change — Lord Capulet is played by a woman while Lady Capulet is played by a man in drag — the core of the play remains.”I think the tension that exists between the families is still the main obstacle,” she said. “It’s not necessarily that a homosexual relationship is forbidden, it’s just that they hate each other…. [Juliet] can’t actually be honest with her family and say, ‘This is who I love.'” 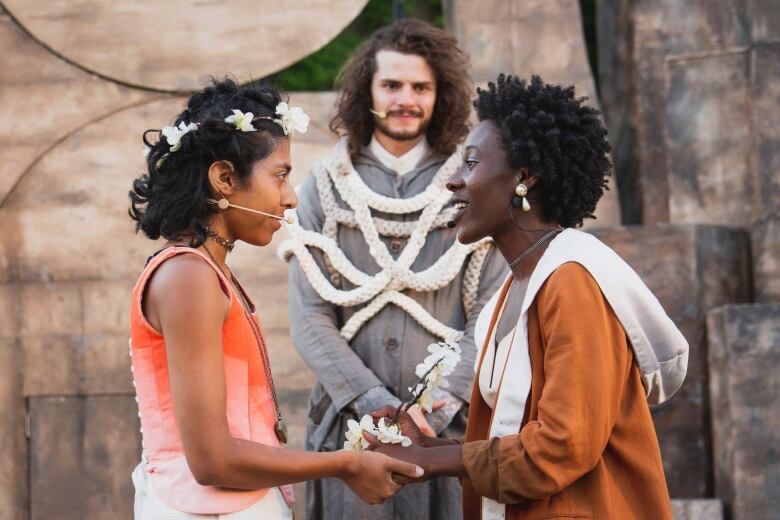 The show is touring until Aug. 8. (Studio Baron Photo)

Both actors are aware that the twist on the classic, branded by Repercussion as Romeo & Juliet: Love is Love, might cause some audience members to bristle.But they are hopeful about using the stage to bring a modern love story to life — one to which people in the audience can relate.”It’s scary to confront people who might have more conservative values, but I think it’s also a good opportunity to introduce it as the norm,” said Rambharose. 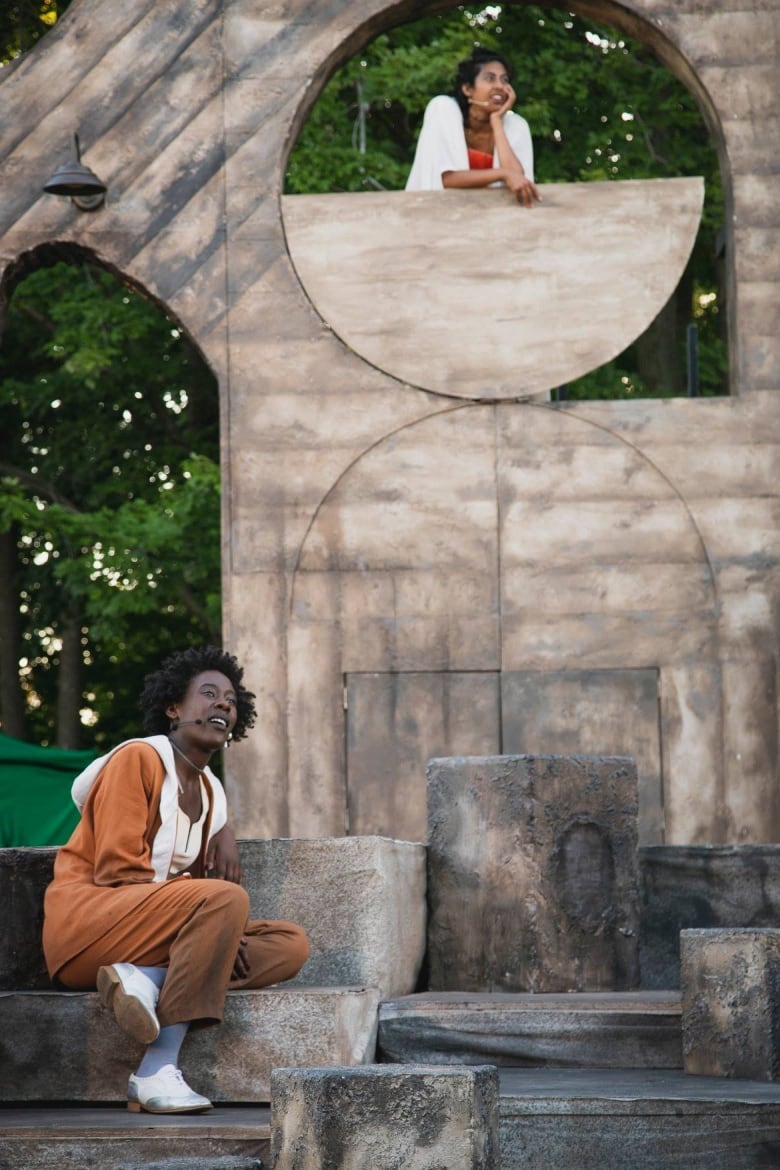 Shauna Thompson and Michelle Rambharose bring the story of tragedy, woe and love to the stage. (Studio Baron Photo)